HEXa Media, a Japan-based company has returned to the ghost town to explore the ongoing cleanup.

Fukushima Tomioka the abandoned city from HEXaMedia on Vimeo.

It is hard believe that one single enthusiast finds and makes deals with number of films enough to put a film festival together for four days.

I managed to attend for two days about four movies. One of them was edited by my beloved Professor form Ankara GISAM Thomas Balkenhol that I learned by the end of the film titled “Chernobyl: The Invisible Thief”.

Despite of the severe cold weather and 10 inch snow on the sidewalks, the The Pavilion Theater was not that deserted. More importantly in between films or the sessions it was like a naturally organised panel, people organising events, sharing information. It was grass roots anger against nuclear injustice and heritage. 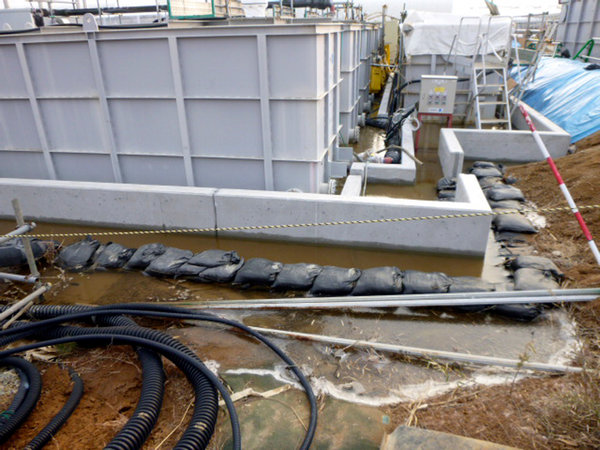 There is no language for this.

This deck of cards is a piece of arts. In the beginning it feels like it is a conceptual verbal interplay between the nuclear waste and ephemerality then reading a little bit more on the design process and spending some time with the cards actually the project constitutes a solid archive and fun design piece. Smudge Studio explains the project as such:

Yucca Mountain Nuclear Waste Repository was our nation’s best attempt to store and contain high-level waste. In 2010 the site was deemed unsuitable and the project’s funding was eliminated. No permanent storage options are expected to be available for the next 100 – 300 years. In 2004, the EPA determined that high-level radioactive waste will remain dangerous to humans for 1 million years. [The agency] stipulated that any repository for high-level waste will have to meet the unprecedentedly long-term safety goal of 1,000 millennia. As of 2011, about 66,000 metric tons of spent fuel were being held at power reactor sites in 33 states. Each year, this amount increases by another 2,000 metric tons.

“During the build-up to the Cold War, the U.S. government called upon hundreds of factories and research centers to help develop nuclear weapons and other forms of atomic energy. At many sites, this work left behind residual radioactive contamination requiring government cleanups, some of which are still going on.”

Residue, left by the routine processing as well as the occasional mishandling of nuclear material, exists in almost three dozen states. Emshwiller discusses how those cleanup efforts have been carried out and what the public knows about them.

Research heavily relies on FUSRAP Considered Sites reports of Energy Department energy.gov and also on the report by Department of Health and Human Services Centers for Disease Control and Prevention National Institute for Occupational Safety and Health (NIOSH). It brings together data about 517 sites. The access to the data is weird, if you go through the landing page of the WSJ there is a payment barrier however you can access the same information if you are patient enough to read the methodology and browse area by area.

For instance, click the post image to browse and learn more about the sites in New Jersey. This database is a simplified version of two meshed up databases. It is a great reference however the real fascination starts if you go deeper FUSRAP Considered Sites reports. You can reach thousands of PDFs, scanned from the reports about the site inspection form 1940′s to 1990′s. Follwing paragraph I took from one of those PDF’s on DuPont Deepwater Works in New Jersey. The background image of the main site is exactly this area.

This site handled (or was contaminated by) uranium oxide and uranium tetraflouride, according to government records. The government is in the process of cleaning up this site under the Formerly Utilized Sites Remedial Action Program.

So, the question is how many research assistants does it take to read all those documents. Apparently Jeremy Singer-Vine and John R. Emshwiller had a good number of them.

NRC photo of Cherenkov effect in the Reed Research Reactor

As far as the toxicity is concerned New Jersey is a champion. It is not only one of the most toxic areas in US but also hosts a community very knowledgeable about toxic technologies.    In a period  of this young research project while I was trying extend the topic to more physical and scientific matters in nuclear power production I came across this friend at the train station who is a graduate student at Mason Gross as we were doing that train station small talk I mentioned this project and the research trip that I was doing nowadays. Then he gave me this valuable information about a research reactor which meant to me less driving around, less homeland security around but more physical information and visuals.

So, the story is Reed College in Portland Oregon, about 200 miles west of Hanford Site which   is a mostly decommissioned nuclear production complex ,  runs a research reactor.  Which means it is also located on the 200 miles west of the one of the most historic buildings at Hanford, the B Reactor, code named 105-B during World War II. The B Reactor was the world’s first, full-scale nuclear reactor and produced the plutonium used in the “Fat Man” bomb dropped over Nagasaki, Japan, in August of 1945.

The Reed Reactor Facility is primarily used for instruction, research, and analysis, especially trace-element analysis. Since the initial startup, the reactor, in addition to providing student research opportunities, has worked to educate the surrounding community on the principles of nuclear energy and fission-reactor operation.

For all the experiments and resarch done on the reactor. Of the 2500 grams of uranium-235 that they started with in 1968, only 70 grams have been used. So I don’t really need to hurry up to visit but still, maybe this winter as it hit the low tens, a safe place to heat up.

They have a pretty decent website with most of the information that one can ask about a nuclear research reactor.

…and one from the home:

This book  is weird.

This was my initial response to the book as I was reading the first chapter. I was thinking he already said everything can be said about Chernobyl in the first chapter. I visited the same places that he was writing about in the summer of 2010 and with very similar intentions and had a similar experience. I came a back with a series of photographs and a lot of inspiration to start this project. So, in the moment that I saw the book on the shelf in travel book section of McNally bookstore I did not think for another moment to buy the book. Anyways, my frustration started as I kept  reading through the end of the first chapter, my designer dyslexia had caught  me and I did not realize the subtitle of the book starting with “and other adventures in the world’s most polluted places.” I still am not sure if it my dyslexia or is that a bad marketing trick to communicate the book as if it is only about Chernobyl.

The first chapter ended as I expected, read all the things that I was expecting to read and all was written in the most eloquent  ways and also very light hearted for a serious researcher. As his itineraries unfolded I started feeling less interested in the subject matters but more attached to his writing and storytelling. Still reading the 4th Chapter more to come…